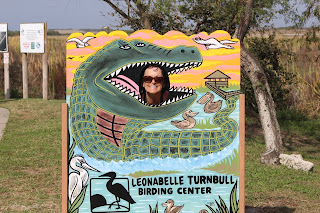 Another busy week has passed by and I really have too much to write about, especially if I cram it into one post. Here is the crammed post! I have spent a lot of time fishing this week with our friends John, Dave, and Terry. Renita and I also spent a day birding in Port Aransas and we also traveled to the Gulf Coast Gem and Mineral Society’s shop to grind on some opals.

The first fishing trip was unexpected as John invited me to go along with Jim D. We launched at Cove Harbor. In search of reds and black drum. We caught a lot of fish, small reds especially but as to the black drum we had to be content with watching our friends Alan and Roy as they put on a workshop of how to catch big fish. After they moved, we went to their spot and I actually had a huge black drum on, but it ran around a barnacle covered post and my thirty-pound leader didn’t hold up.

A day later Dave took me fishing and we spent the day in Copano bay. I did catch a big sheepshead and we caught lots of fish but they were all undersized and so we released them. Its always fun when you catch fish regardless of the size!
Yesterday Dave, Tarry, and I went to another of our favorite spots looking for speckled trout and sheepshead. They were in Dave’s boat and as I approached in my kayak, they invited me to fish the spot they had found.

However, I wanted to try for sheepshead first and it worked out for me! They caught two nice trout and I ended up with four keeper sheepshead. Both are quality tasting fish, but Renita likes sheepshead better, so tonight’s dinner is fresh sheepshead baked with a parmesan panko crust! 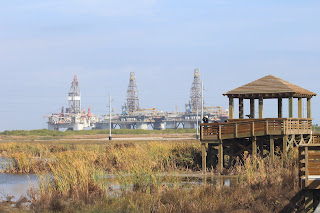 Renita and I also went to Port Aransas to check out the birding spots. The LeonaBelle Turnbill Birding Center had just reopened last Friday, and the new boardwalk and Tower provide and excellent bird viewing platform! 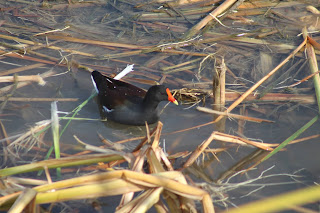 Volunteers were also working on the trails and while the trails were not yet open, they will allow birders to walk paths that connect the various birding spots on the island. 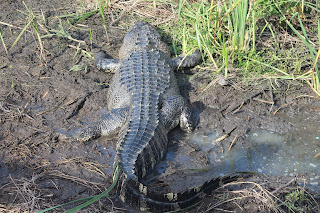 One of the alligators at the birding center was huge and the picture of it does not do justice to the monster. Suffice it to say we were glad we were on a raised boardwalk. 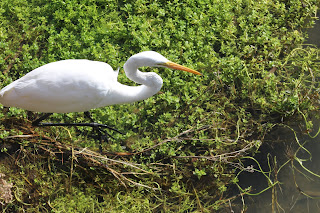 We did drive to a separate place named Paradise Pond and while it has undergone renovation from the Hurricane and new development the bird’s still visit the small freshwater pond. We think we spotted an immature painted bunting. It’s pretty drab but the bill looks correct and there is some color underneath the tail. 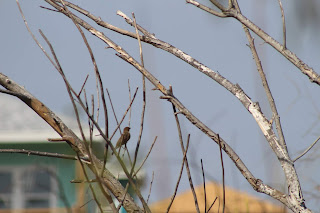 Finally, we traveled to Corpus Christi to work on some of our opals. The opals needed to be final shaped into cabs that can be set into rings and pendants. It was so nice to be back grinding rocks and I did manage to finish some of the Coober Pedy opals. I also managed to grind too much off the smaller pieces and so now I have some destroyed remnants. Its not the first time I have tuned good opals into opal dust! Clear skies

ps So, this week we are returning to the shop to finish more opals. I am not going fishing as I made a trip to the emergency room after I walked into one of our fifth wheel slides and cut open my head. Luckily it was small, no brains oozed out just lots of blood, and only required a few staples. Renita told the doctor that we had a stapler at home and that she could have done the same, without as much fuss. I was told to stay out of the bay till the staples are removed.
Posted by Doing It On the Road(Part II) at 4:52 AM