Settling into Our Winter Home 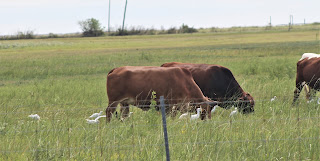 We left Kansas and headed down to Galveston. Galveston is one of our favorite places and they have one of the best catfish restaurants we have found. After spending a night there, we finished our drive to our winter home in Rockport, Texas. 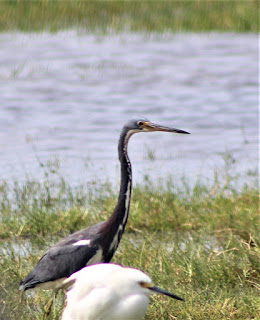 Arriving in Rockport, we were happy to see that our fifth wheel had been delivered to our rv site. As we started to set everything up our friends John and Nina, (John had sent us a picture of our fifth wheel after it had been delivered), came out to welcome us to our winter home. We have been coming back to the same rv resort for thirteen years, (The reason we keep returning is because of all the friends we have made here). 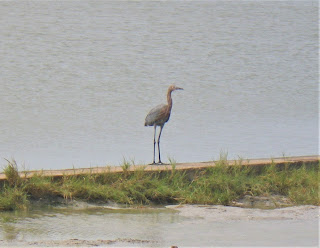 The setup was pretty smooth, except when we discovered that a fitting had come loose, and water was flooding our bathroom. It turned out to be an easy fix and if you live in a rv fixing stuff yourself is a huge advantage. 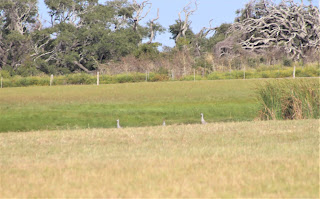 At happy hour that evening we learned that speckled trout had been caught along the shoreline and two days later I went down and cast a jig after sunset. I did not catch anything, but another fisherman showed me his sixteen-inch fish. 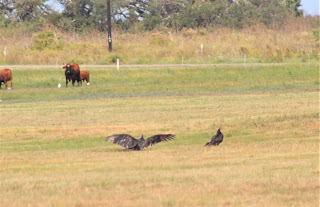 Strong winds blew for the next two days so we decided to go over to Lamar and spend some time birding. The whooping cranes had not yet arrived but we did see sandhill cranes, tricolor herons, rosette spoonbills, and cattle egrets. Cattle egrets are easy to identify because they walk behind the cattle waiting for the bugs that the cattle’s movement stirs up.

The next day, John knew a place where we would be protected from the wind and so when he invited me to go fishing in his boat, I of course agreed. He decided to head to a place where we had caught keeper trout and black drum but when we neared the bay, we discovered that a barge was docked across the entrance. 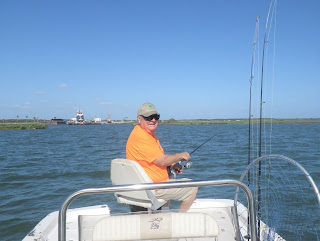 We did end up catching five different species of seafood, if you count the shrimp and a blue crab that refused to let go of my cut bait. I did catch a speck, but it was undersized, and I safely released it back into the water. A strong cold front is approaching, with gale force winds and rain and so it looks like the next two days will be a good time to take it easy and make some jewelry.
Thanks John, for the fishing trip.  Clear skies.

The Flint Hills and the Tall Grass Prairie of Kansas 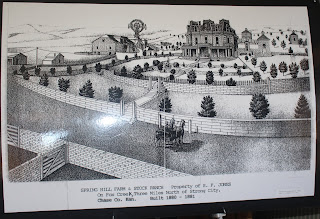 We had planned on staying in Wyoming till the fifteenth, but as usual weather changed our plans and so on Wednesday, October third we winterized the fifth wheel, locked up the place and headed east for Kansas. A large snowstorm and high winds had most of our state in its sights.
Our hope was to make it to Cheyenne on the first day, but we only made it as far as Rawlins. The next day we fought crosswinds and drove over the highest pass on interstate 80, 8600 feet, and spent the next night in Kearney, Nebraska.
From there we turned south and arrived at our friend’s house in Wichita, Kansas. For the next two days, we sat at their home and rested while the wind continued to blast the prairie. On Friday it abated somewhat, and Bob and Nancy suggested we might like to see the Tall Grass Prairie National Preserve. 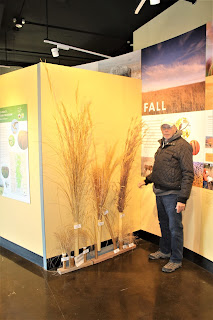 It was about sixty miles from their house and I was a little skeptical about going there, but once we arrived my doubts vanished and we realized that our friends had found an unexpected gem of a place, (as we have traveled for the past twelve years it is often the unexpected places that make the most lasting impressions).
The park headquarters provided us with a great explanation of exactly what a tall grass prairie is, and you can appreciate how tall the grasses are when you consider our friend Bob is six feet two! Another display showed the root depth and the roots were actually deeper than the top of the grass. 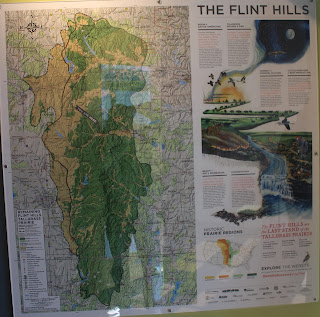 The next display told of how the limestone rocks on the surface had given the area its name, “The Flint Hills”, and how it blocked any plowing of the original prairie. One of the layers was named the Funston Limestone and it also provide the main building material of the settlers. 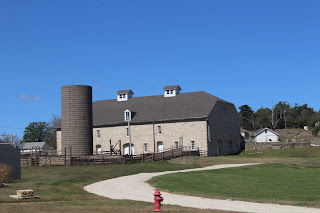 The largest place built was the Spring Hill farm and Stock Ranch. The ranch area had not only a huge stone barn and house, but also a chicken coop, ice house, smoke house, and a limestone privy! 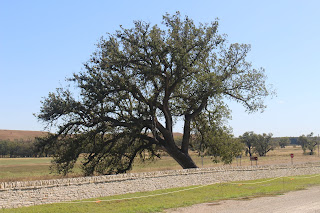 If that was not enough the fences were all formed by stacked limestone and over thirty miles of rock fence were eventually built, (the land had to be fenced for the homestead to be claimed). 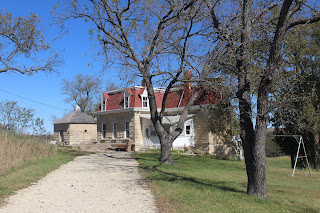 The house even contained a stone spring room where a cold-water spring kept their perishables from spoiling! The roof of the barn required five thousand pounds of tin rooking. Talk about a project! I simply can not comprehend how much work was involved. 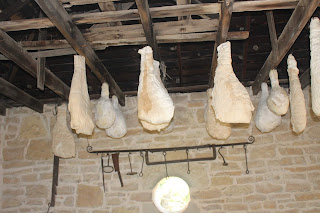 Of course, the wind was blowing, and the temperatures had only warmed up to the lower fifties, so we didn’t take a walk down any of the trails. We do hope to visit the prairie again in the spring when we can have the opportunity to study some of the grass species, (there were few trees back then as the prairie fires kept them in check and also kept out any invasive species. 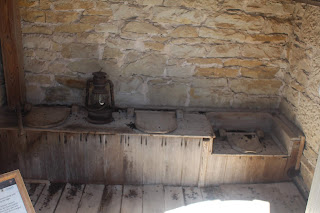 We finished the day by having a great meal of home style fried chicken in the nearby town. It had been an excellent adventure, (I am a little afraid to step on a scale when we get down to Texas). Thanks Bob and Nancy for spotting and sharing their find with us. Clear skies

Email ThisBlogThis!Share to TwitterShare to FacebookShare to Pinterest
Labels: Kansas

Heading South for the Winter, Our last week in Star Valley 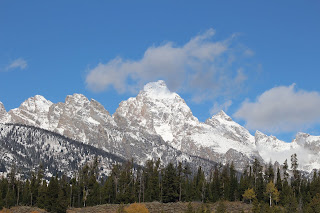 The snow finally reached our level but luckily it melted and so its back where it belongs, on the mountain. Most of the people have left and the deer have moved in to browse on all the delectable plants and flowers. Still we took a day to go to the Tetons for one last bear trip, with our friends George and Val.
Just as the temperatures plunged below freezing our furnace decided to quit working. We had a very cold night relying on an electric space heater. Lucky for us our friend the rv repairman hadn’t gone hunting and so he came over to take a look. It turned out to be the motherboard and again we were lucky in that he had one and was able to fix it. Heat is good.

The deer have gotten brazen and we caught a doe and her fawns eyeing our new shrubs, (the elk will move in next and they are destructive). They were feeding on our neighbors, Dick and Roseanna’s, garden and we were told that after we left the tasted our plants. They must not have liked the taste as they went back to the garden. 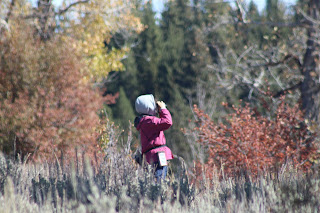 Our friends arrived from Denver where George had just had surgery and after a couple of days wanted to go on one last trip to the Tetons. The fall colors are at there peak, or just past it a little and it was a cold drive up the Snake River Canyon. At Jackson we turned to Wilson and then entered the park along the Moose-Wilson road. 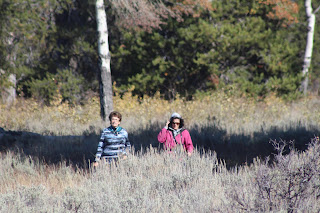 There were a lot of other people looking for bears, but the bears had all disappeared along with any remaining moose. The only wildlife we saw were chipmunks and squirrels. The sun had come out but it was a nice hike along a plateau of the Snake River. 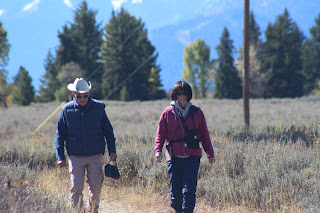 Heading back to our pace the drive was uneventful and we talked of the bears we had seen this year, along with past years encounters. Another beautiful sunset that evening, and we hurried to finish our packing. 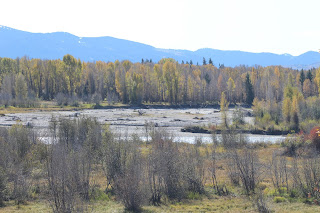 The last day we got up early and closed everything up, before moving in the slide outs on the fifth wheel and winterizing the water lines. Our plan is to head to Wichita, Kansas, spend a few days with our friend Bob and Nancy, and then drive the last seven hundred miles to Rockport, Texas. There our winter place should be set up in our usual spot.  We are tired of the cold. Clear skies