A trip to the Aransas National Wildlife Refuge with Barb and Dan, March 2021 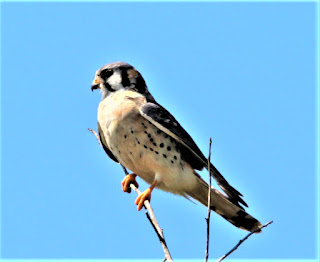 Our time here is drawing to and end and some of our friends have already left. Deciding that we needed to make one last spring birding trip to the Aransas National Wildlife Refuge, we asked Dan and Barb if they wanted to join us and they readily agreed to a day of birding, wildlife photography and a picnic. 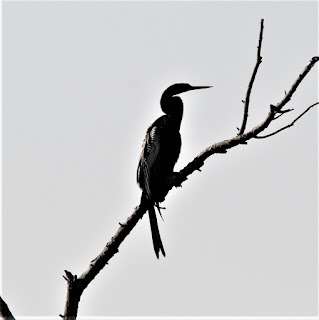 We drove two cars and we needed the room as Dan and Barb have also purchased the same telephoto lens we just bought, a Sigma 150-600 mm lens. They also have the same camera, a Canon T6 while we have a T5. Both lenses have image stabilization so we can follow birds in flight.

The lens has twenty glass lenes and so is quite heavy. Still, we can cradle it while we are walking, much as one would carry a gun. It does get heavy and tiring after we walk about two miles and we plan on using a heavy-duty tripod we purchased at a local thrift store, (we got lucky to find such a good tripod).

Arriving at the refuge we immediately noticed that the new headquarters building has enclosed the windows. The old one was destroyed by Hurricane Harvey, when a fourteen-foot surge swept ashore, (the surge height was measured by USGS just before the Hurricane hit the coast! We are glad to see the progress and hope it will reopen before we arrive next fall! 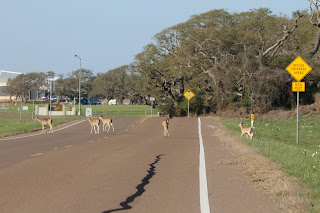 Before we got to the first planned stop, an American kestrel posed on a treetop. A herd of deer blocked the road, and a little further on a racoon stopped to stare us down before it fled into the brush. 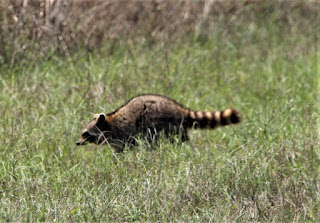 Reaching Heron Flats Trail we parked and then walked out to the overlook where we spotted one of the whooping cranes at a point near the far end of the flat. Heading up the trail we paused to take some pictures of four long billed dowitchers and then two pied billed grebes. 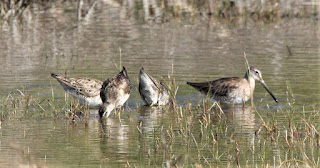 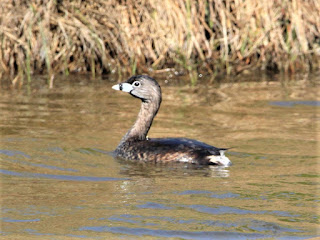 The flats were somewhat empty but two neotropical cormorants perched on a tree. 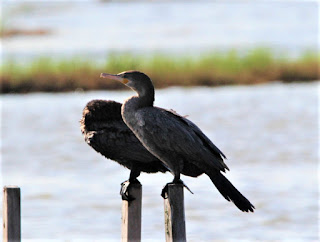 Earlier we had spotted an anhinga perched on another, but the sun was in the background and the shot was not good, (note the long straight bill and the long tail verses the short tail and curved bill of the cormorants). 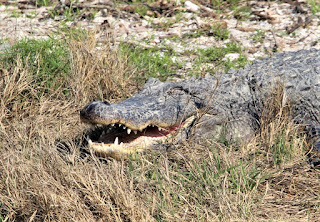 Alligators were everywhere and two had their mouths open attempting to cool off. Further on Barb spotted a javelina and they actually came into an opening where we could just make them out. 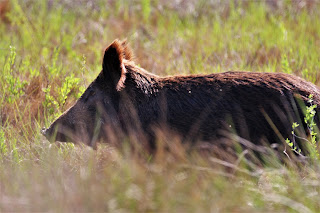 It was the first javelinas we have seen in several years, (Dan got the best picture, I got mostly ears). 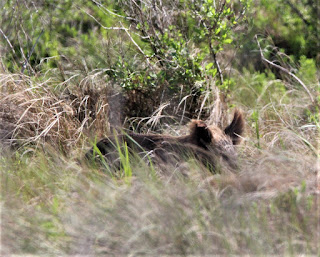 Reaching the end of the trail we spotted a male cardinal and, on the way, back it perched on a treetop singing its song. 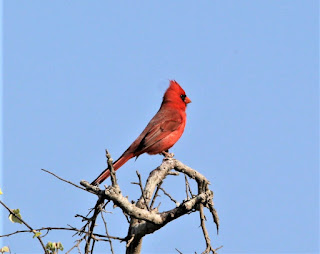 Returning to the start several birds flew over, a Forster’s tern, 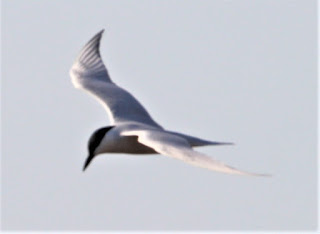 an American white ibis, and a rosette but it was not a good image. 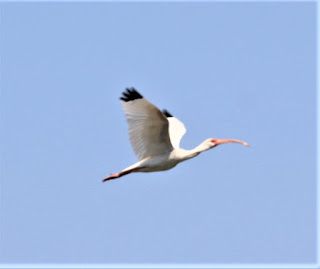 I did get a great image of a lesser yellowlegs. 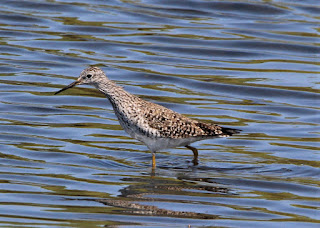 The next stop was at Jones Lake and there we were treated to the usual gator. Dowitchers, and snowy egrets. However, Barb spotted a belted kingfisher, 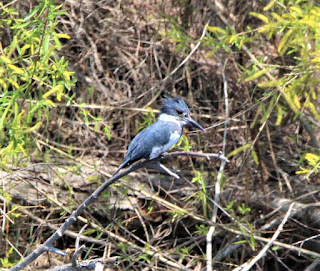 and we were able to take several good shots. Dan took one as it hovered over the lake and I got a great one of it on its perch. 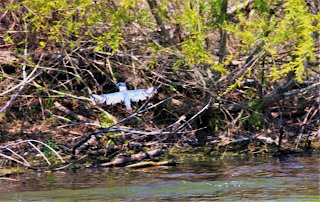 The new telephoto lens worked great as the bird was clear across the pond. 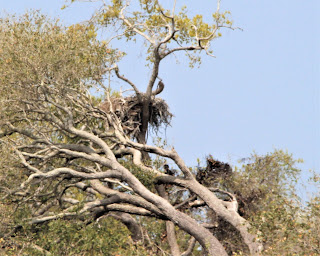 Our next stop was at the tower. It was a nice climb but the whoopers there had already headed north. Our next drive was up the one-way road. It was disappointing as the birds were hiding, and the eagle’s nest had been abandoned several weeks before. 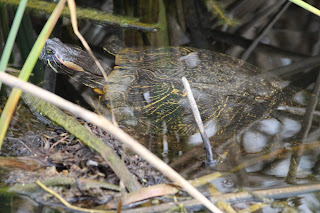 Finishing the drive, we stopped at the picnic area and then headed to the entrance where we watched several alligators, one of which ate a turtle. It had a hard time crushing the shell but finally swallowed it before continuing its hunt. 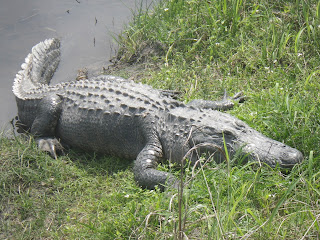 On the way out a flock of rosettes slept, and four feral hogs rooted alongside the freshwater pond. 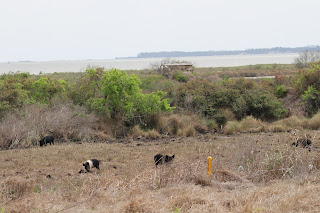 It had been good day, birding with friends. One of the joys of our lifestyle has been the many people we have met and the new friends from all parts of country.  We enjoyed Dan and Barb's company and thanks for sharing your pictures! 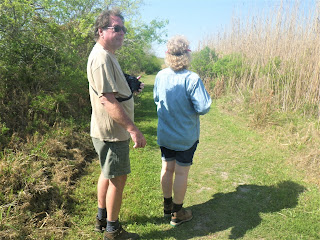 Clear skies
Posted by Doing It On the Road(Part II) at 3:55 AM