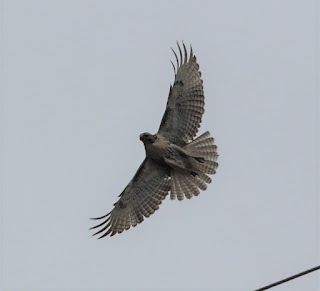 Hmm, I just added them up and counting our two phones, we have five cameras…. So now Renita is using the T7Rebel with a 75-300mm lens while I am using the new EOS 90d with the 150-600 mm telephoto, (its too heavy for Renita to carry and hold steady).

Our dual camera system worked well on or recent trip to the Aransas National Wildlife Refuge. On the way there Renita took images of birds perched on power lines along the roadside. The light was not great, cloudy and hazy, but she got a great shot of a juvenile redtail hawk. You can identify it because it has a stomach band and dark bands along the patagial, (the front edge of the wings, I had to look it up). 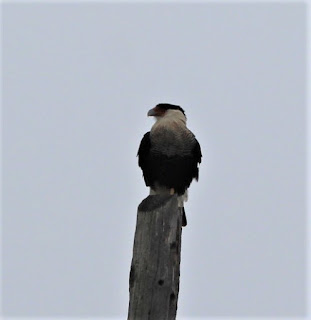 She also got a good image of a cara cara. It is listed as a type of falcon and if not hunting it also can be seen on road kills. Entering the park, she pulled over and we switched positions and I got out the EOS 90D. On this trip we were also traveling with another couple, Fred and Becky, our friends from Wyoming. They have purchased a new camper van, their first, and were on their inaugural camping trip. 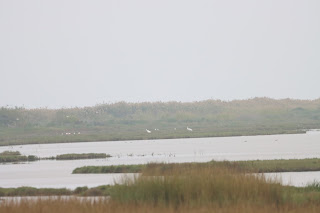 Our first stop was at the Heron Flats trail. We were looking for the whooping crane pair and easily found them along the Heron Flats Trail. Another birder told us that a long-tailed duck had been spotted, and so we hurried to Jones Lake. 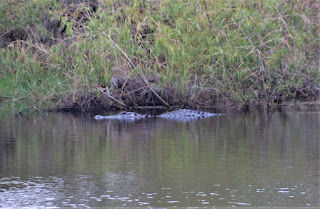 Unfortunately, we did not see that bird, but Becky spotted a huge alligator looking for a duck breakfast. We also saw numerous lesser scaup and buffalo head ducks. 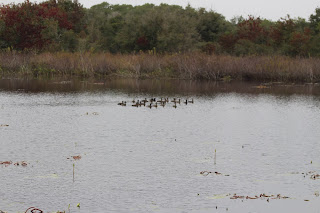 Buffalo head ducks are also in Wyoming and I had taken a picture of one there in October at Grand Teton National Park. 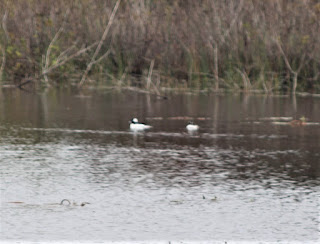 Next, we drove to the viewing tower. On the way a pair of black belied whistling ducks guarded their brood and a pied billed grebe watched the family. 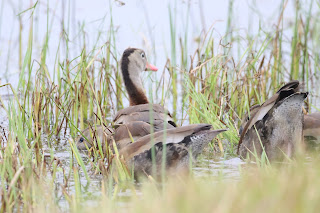 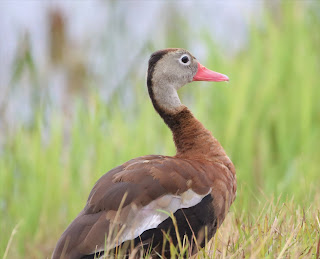 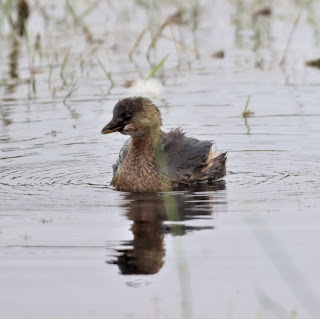 The three whoopers there were a mile away, next to the Intracoastal, but we could make them out and their one new addition a brown and white mottled juvenile, 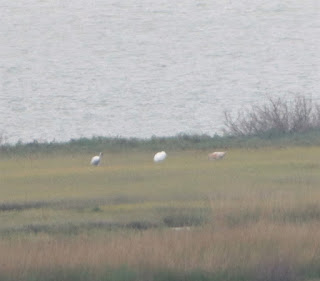 The young are called chicks and then colts as they seem to gallop while running. They can fly at three months and are then called juveniles. 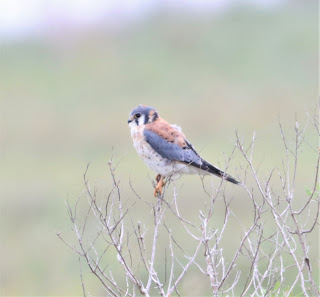 We took a short walk on the boardwalk there and were rewarded, with a kestrel perching on a tall reed. Renita spotted a green heron, 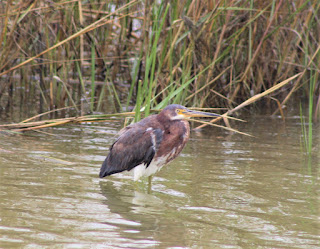 and a reddish egret flew in front of us and landed. 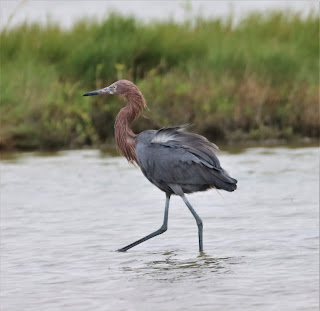 A tricolored heron was fishing and quickly caught its breakfast! 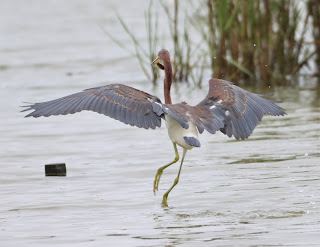 We also got some pictures of a greater yellowlegs, which has a longer bill then the lesser yellowlegs. 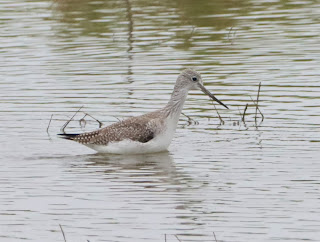 The drive along the one way eleven-mile road did not produce much, but after lunch we stopped at the Heron Flats Trail and hit the jackpot! 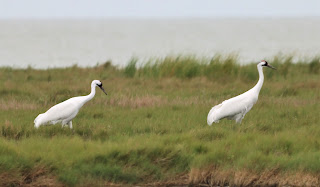 The cranes had moved nearer and as we walked the trail we first stood in silence as we photographed a congregation of alligators. 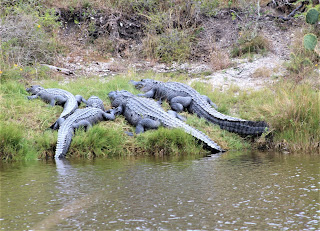 They were huge ones and luckily on the other side of the narrow pond.
As we continued on our hike, a reddish egret was fishing and a group of Neotropic cormorants perched on some old posts. 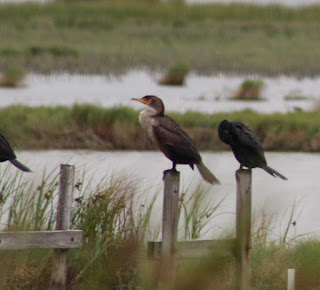 Reaching an opening near the cranes we took quite a few images as they waded a shallow pond. One got a meal that was a piece of blue crab but we both missed the shot. 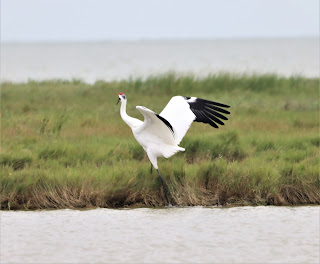 A flock of rosette spoonbills flew and landed next to the whoopers and Renita got another great shot! 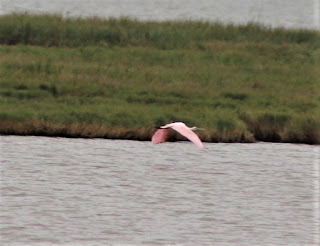 It was a great hike and returning to the cars, they had driven their new camper, we headed back home.

After we left the refuge Renita spotted a possum, which quickly ducked into the brush. Next, she spotted an armadillo. 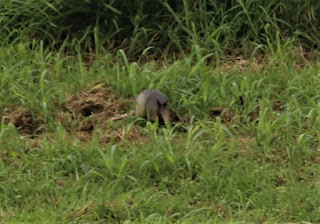 Normally slow moving this one ran so fast, it must have been camera shy, that I only got a hurried image that was slightly out of focus.

It had been a great day, birding with friends. The next day we learned that a pair of whoopers had showed up in Lamar with twins! We are heading there today!  Clear skies