The Whooping Cranes are back in Lamar! 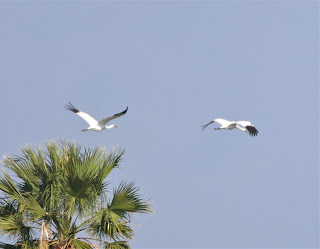 We have been making trips to Lamar hoping the whooping cranes were back. The cranes make a 2000-mile migration from their summer home in Northern Canada to the Coastal Bend of Texas.

Loading our cameras and binoculars we decided to make another quick birding trip to Lamar, hoping that they had arrived. Sure enough, we saw a pair feeding near one of the deer feeders set up by some of the local residents. 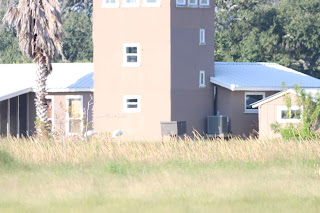 They were along ways away, so the pictures are  not great, but at least  got a few,  (We have also read that two pairs and one fledgling/subadult can be seen at the Aransas National Wildlife Refuge). After taking the pictures we next drove along the shorefront, where we heard the unmistakable squawk as they flew over the pasture. Of course, I had my battery fail and I had to manually focus so I missed the great shots as they flew overhead. 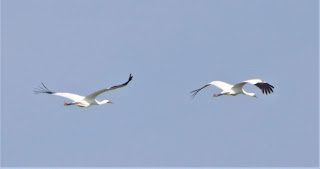 I did manage to get several shots and they clearly show them but not with the resolution possible with my new camera. Still, I did get a couple of passable images. 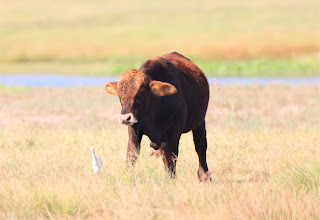 After they flew away, I took several images of cattle egrets and back on the computer I realized I had gotten a lucky shot of a cattle egret having a face off with one of the calves. 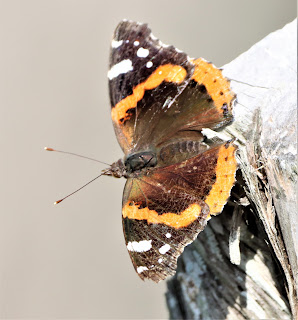 Next, we drove to Big Tree and the birds were strangely absent. Butterflies fluttered around and one landed just the perfect distance away in bright sunlight. As it unfolded its wings, I got a shot that made me really happy of the resolution with the new camera. In the image you can see the ends of the antennas and the fuzzy hairs on its thorax and abdomen. 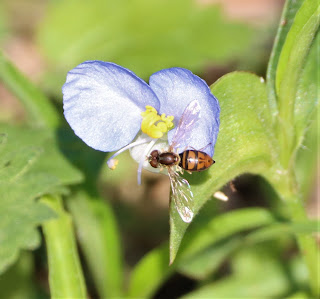 A little further I took an image of a small blue flower. It was another happy accident and when we got back and when I looked on the computer, I could see that I had caught a small bee. I could actually see the veins in its wings What great resolution. 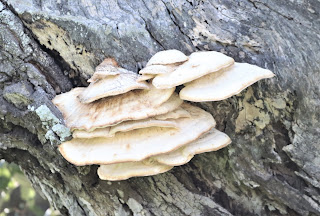 The Big Tree had large bracket like mushrooms growing on it. They are signs that the tree is rotting and the mushroom, (Ganoderma applanatum), feeds on the rotting heartwood. The mushrooms are not edible as they are woody, and they were once used to make tinctures and tea for treating heart conditions. 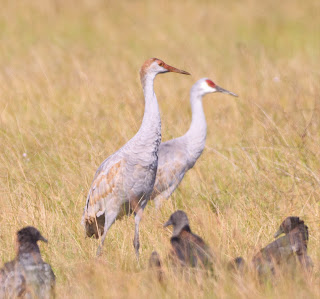 As we headed down eight street, we did spot three sandhill cranes. We did not know if they were a family group or if they had simply flown south together> One looked smaller than the others and so we tend to believe it is a family group. 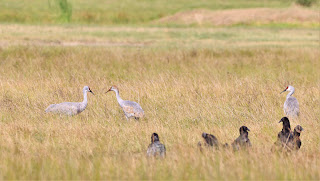 It had been a good morning in Lamar! If you go, there you must keep in mind that most of the area is private land! The landowners have put up nice signage to remind people about trespassing. Stay on the right of way!