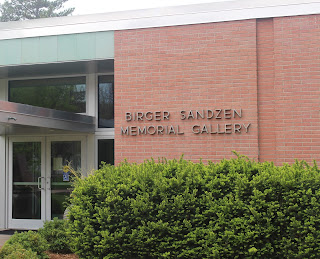 While visiting Bob and Nancy, besides catching up on all the gossip, we made several short trips. The first was to the City of Lindsborg, Kansas where we visited The Sandzen Museum and Coronado’s Castle. On another day we visited the Kauffman Museum and Mennonite Farm in northern Newton, Kansas. 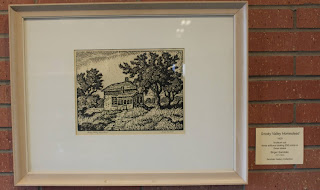 The Sandzen Museum represented some of the works of Birden Sanzen. He was a prolific painter, printmaker, 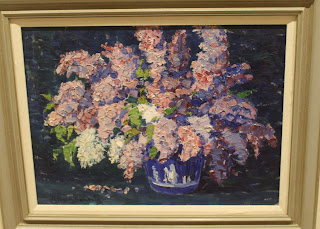 and collector of Japanese carvings and bronze statues. It was estimated that in his long lifetime he produced oved three hundred thousand pieces of art. 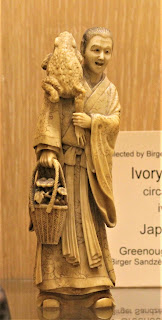 His paintings were primarily in the impressionist style, his printmaking 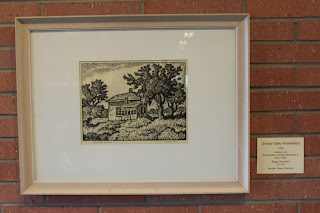 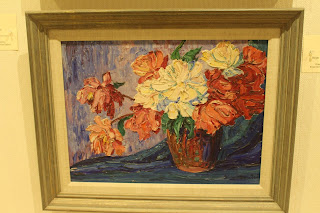 He was a teacher at Bethel College after he had immigrated from eastern Europe. The museum also exhibited many other artists including one of my favorite pieces, a painting of doughnuts, 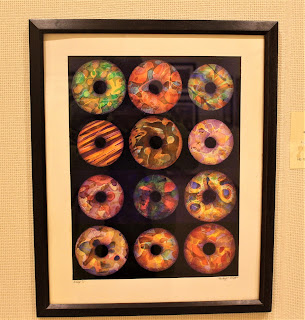 I am back on my diet). Many of the works used mixed medium to provide unusual textures. 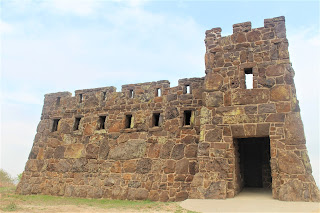 After the Museum we next traveled to Coronado’s Castle. It was rumored that Coronado traveled to the hilltop during his search for El Dorado. In 1936 the WPA, a program of Roosevelts, that constructed public projects across the country, built the castle using rocks quarried from the hilltop. 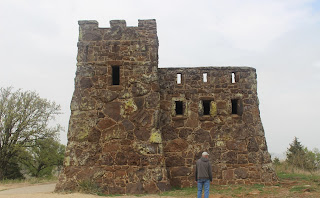 Here the workers used an outcrop of sandstone filled with hematite to quarry blocks for the construction of the castle the castle can be seen from quite a way away as the hilltop is one of the tallest points in Kansas. 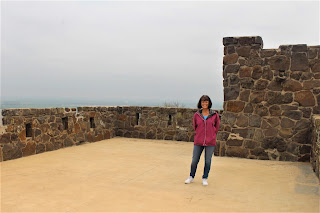 It was simply a high spot, and no one ever lived in it. It is used now as a place for locals to gather and party/whatever. 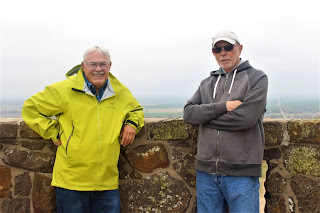 You can see evidence of trash that had been left but it really was not too bad, compared to what we have see in Texas, for example. 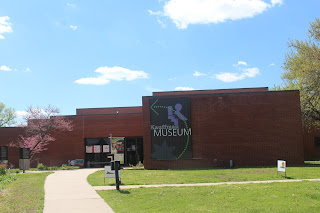 On the final day of our visit Bob took us to the Kauffman Museum and Farm located in north Newton Kansas. 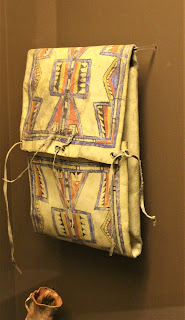 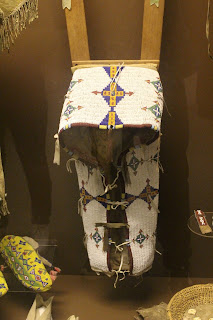 The museum was an eclectic collection of Cheyenne Indian artifacts, 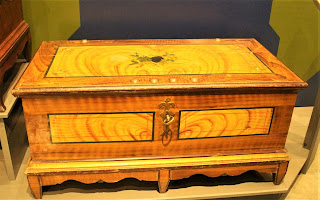 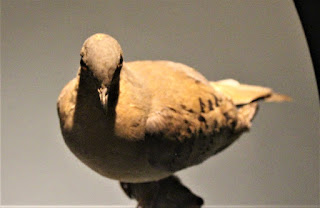 and others too numerous to mention.

Outside the Museum is a typical Mennonite House, 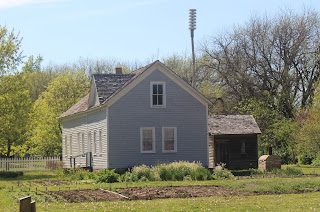 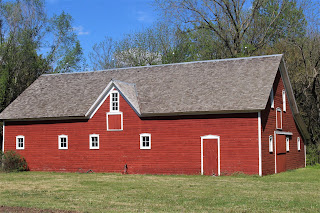 We enjoyed the time there at the Kauffman Museum. Definitely a simple life, a plain life that is still lived by many today.

We loved our time with Bob and Nancy. Nancy was a guidance counselor and spent her career in a Junior High School. Her stories convinced me that Junior High educators are a special breed, (something I already knew). Thanks for the wonderful company, stories, and guided tours of your city! Clear skies

Email ThisBlogThis!Share to TwitterShare to FacebookShare to Pinterest
Labels: Kansas