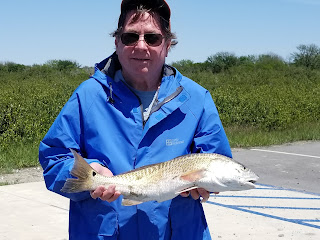 On another day at Grand Isle Dan and I went fishing. Nothing was happening at the fishing bridge or Elmer's Island but we did catch some large whiting in the surf. Dan caught his biggest redfish ever and it was a keeper, about twenty-seven inches long! All the fish were cooked along with a generous supply of frogs legs. Connie made two pies so of course we over ate! 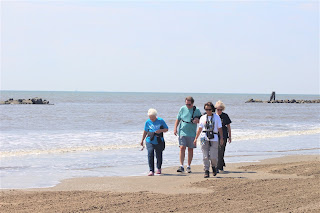 On our last day of birding on Grand Isle we realized we had not gone for a walk on the beach. Connie, Dan, and Barb joined us for a leisurely stroll and let us renew our memories of such a special place. We did not find any special shells, fossils, or artifacts but we did have fun watching the birds. 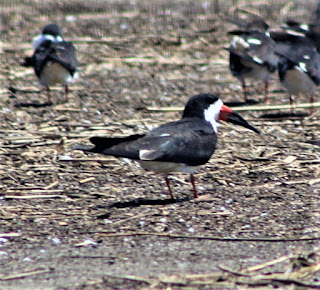 A flock of black skimmers were facing into the wind and two of them were getting amorous. 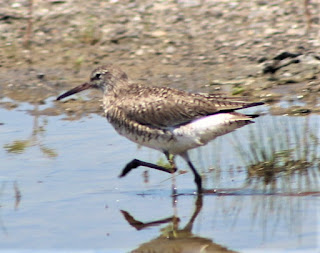 Spring was definitely in the air as a willet in breeding plumage was zealous in guarding a puddle and chased all the other birds away. 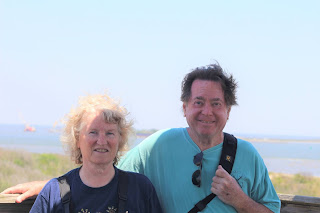 We climbed the tower to get a good look at Barataria pass, Grand Terre, and the remains of the uncompleted fort and Dan and Barb posed for their image. Later, as the sun set we took a walk to the foot bridge by the pond. 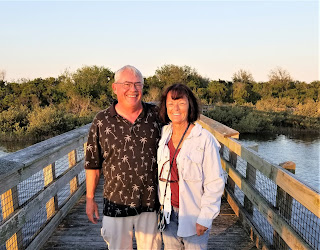 It was a fun week on Grand Isle with exceptional birding, great food, and special times with friends and family. Thanks Connie and Gary for another special time. On to Keosauqua! Clear skies 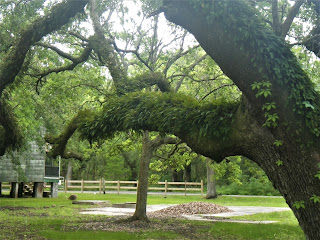 ps The above picture is one I took while birding in the woods. The oak tree branch is covered with Ressurection ferns. They grow quickly after a heavy rainstorm,( we had seven inches in one hour), and then dry out, curl up, and seem to be dead until the next rain. (Polypodium polypodioides).Connie told me about them, (thanks Sis), and we have never seen them before. They do not hurt the tree.
Posted by Doing It On the Road(Part II) at 5:36 PM